NOTE- THIS REUNION HAS BEEN POSTPONED

We are so excited to be hosting another reunion!  Not just “another reunion” but the reunion on the 75th Anniversary of the attack on the Franklin. We will be bringing the reunion back to a great town we have visited before, Pensacola, FL.

Security is a lot tighter than when we stayed on base back in 2007.  So we will be staying at the historic Pensacola Grand Hotel located at 200 E. Gregory St. in downtown Pensacola.  They are giving us a great rate of $100/night for their standard room with 2 Queen Beds.  They will honor this room rate fom 3/17-3/24. (Please note that breakfast is not included in this rate.  There is a restaurant located in the hotel that is open for breakfast and dinner.  See the attached menu.  We will also provide some continental breakfast items in our hospitality room daily.) Currently we have 45 rooms blocked. These rooms will be held only until February 20th and then they will be released. So, please do not delay booking your room. To do so, call the hotel directly at 850-433-3336, ask for reservations and then provide the four letter code: C V 1 3.  Also, it has been mentioned that Pensacola does not have a very big airport with many flights.  So, if possible, do not wait too long to book your flights.

The Pensacola Grand does offer a complimentary airport shuttle from 6am-10pm and there is no charge for parking if you drive.  They are the top hotel in Pensacola for Military Reunions with a great location in the heart of Downtown Pensacola. It is minutes away from shopping, dining, and entertainment venues with Pensacola Beach only 8 miles away. Many of you know when planning a reunion there are many factors to consider to find the best possible hotel for our group.  So, although we do not have breakfast included, this hotel is the best choice to meet the majority of our needs.  They will definitely give us service and attention unmatched by any other hotel in the area.

The reunion will start Thursday, 3/19 with registration beginning at 4pm in our hospitality room. There will be a Board meeting beginning at 5pm.

Friday, 3/20 we will board Trolleys and head to the National Naval Aviation Museum.  Everyone 16 and older will need a picture ID to enter the museum! At the museum will have our Memorial Ceremony, a guided tour of the museum, watch an IMAX Movie, enjoy lunch at the Cubi Bar Café and possibly a tour of the National Flight Academy. Trolleys will head back to the hotel at different times in the afternoon so everyone has enough time to enjoy the museum. Friday night join us in the hospitality room for some entertainment.

Saturday, 3/21 the general meeting will be in the morning and the dinner dance in the evening.

In closing I need to give a GIANT “Thank You” to Tom from Beach Bum Trolley for all his help with this reunion. If I hadn’t (by chance) gotten in touch with him I don’t think I would have volunteered to host!  You can check out this link on his website for our reunion itinerary and menu for the Friday lunch: http://beachbumtrolley.com/franklin.htm

CLICK THIS LINK TO SEE THE HOTEL RESTAURANT MENU.

Nashville, TN, July 11-14, 2019 – 6 surviving crew of the storied WWII Navy Aircraft Carrier, USS Franklin CV-13 (www.ussfranklin.org), along with 62 friends and family members will be converging on the Embassy Suites by Hilton at Vanderbilt, Nashville for a weekend of fun, fellowship, and memorial.

The public and press are invited to join the USS Franklin Reunion for a Memorial Friday July 12th 10:30AM – 12:00PM at the Embassy Suites by Hilton Nashville at Vanderbilt, 1811 Broadway, Nashville, TN, 37203, where USS Franklin Crew member David Baruch GM3/c 6th.-Div. Maj. USAF Ret. will be our guest speaker. Mr. Baruch regularly speaks to school children and to community groups about his experiences on board the USS Franklin.

“Before dawn on 19 March 1945 the U.S.S. Franklin, who had maneuvered closer to the Japanese mainland than had any other U.S. carrier during the war, launched a fighter sweep against Honshu and later a strike against shipping in Kobe Harbor. Suddenly, a single enemy plane pierced the cloud cover and made a low-level run on the gallant ship to drop two semi-armor piercing bombs. One struck the flight deck centerline, penetrating to the hangar deck, effecting destruction and igniting fires through the second and third decks, and knocking out the combat information center and airplot. The second hit aft, tearing through two decks and fanning fires, which triggered ammunition, bombs and rockets. The Franklin, within 50 miles of the Japanese mainland, lay dead in the water, took a 13° starboard list, lost all radio communications, and broiled under the heat from enveloping fires. Many of the crew were blown overboard, driven off by fire, killed or wounded, but the 106 officers and 604 enlisted who voluntarily remained saved their ship through sheer valor and tenacity. The casualties totaled 724 killed and 265 wounded and would have far exceeded this number except for the heroic work of many survivors. Among these were Medal of Honor winners, Lieutenant Commander Joseph T. O’Callahan, S. J., USNR, the ship’s chaplain, who administered the last rites, organized and directed firefighting and rescue parties, and led men below to wet down magazines that threatened to explode, and Lieutenant (junior grade) Donald Gary who discovered 300 men trapped in a blackened mess compartment, and finding an exit, returned repeatedly to lead groups to safety. The U.S.S. Santa Fe (CL-60) similarly rendered vital assistance in rescuing crewmen from the sea and closing the Franklin to take off the numerous wounded.
The Franklin was taken in tow by the U.S.S. Pittsburgh until she managed to churn up speed to 14 knots and proceed to Pearl Harbor where a cleanup job permitted her to sail under her own power to Brooklyn, N.Y., arriving on 28 April. Following the end of the war, the Franklin was opened to the public, for Navy Day celebrations, and on 17 February 1947 was placed out of commission at Bayonne, N.J. On 15 May 1959 she was reclassified AVT 8.

How a WWII veteran survived the bombing of the USS Franklin

Mr. Baruch will be the guest speaker at the USS Franklin Memorial Service in Nashville TN. July 12, 2019.

USS Franklin Museum Association members should have received a Ballot for the 2017 elections from Secretary Kathy Lyons through the US mail last week (August 17th, 2018) . If you did not receive a ballot, please contact Kathy Lyons directly. Ballots are due back to Kathy by September 1, 2018.

As discussed at the general meeting in New Orleans, there will be a second ballot mailed November 2018 for Board Members up for re-election for 2018.

For USS Franklin researchers, I have obtained a copy of the USS Franklin muster roll copied from microfilm records of the US Navy.  This muster roll contains records of the ships company as the sailors moved onto and off of the ship.  This is not a complete account of all the ships transfers.  Specifically, this does not include information on the Marine and Air groups on board the Franklin.  The file is very large- at 2GB in size and may take some time to download from google drive.  You must “Unzip” the file to reveal all of the individual pages in .jpg picture format.

This is very similar if not the same information available at www.ancestry.com. 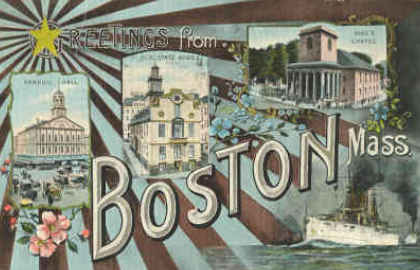 Please send in your reunion registration to Kathy Lyons by June 13th.

Click the link below to print out the registration form:

Hosted by Kathy Lyons and family, daughter of James W. Lyons, EM1/c E-Div.
The hotel is blocking 40 rooms at $149.00 per night including breakfast on Friday and Saturday.

The hotel is located 10 miles away from downtown Boston. Visit the website at bostonwoburn.hilton.com

The Spring 2017 USS Franklin Museum Association Newsletter is available at the link below:

The emailed version of the USS Franklin CV-13 Museum Association Newsletter has been sent out to all subscribers.  In case you missed it, please click here: http://eepurl.com/cllzUL

We will be sending out the hard copies this week to those that have requested them.

See you in Boston!